What is White Chocolate

In 1936, the white chocolate Galak was launched in Europe by the Swiss company Nestlé. Other companies developed their own formulas, such as that developed by Kuno Baedeker for the Merckens Chocolate Company in 1945.

From about 1948 until the 1990s, Nestlé produced a white chocolate bar with almond pieces, Alpine White, for markets in the United States and Canada. Hershey began mass production of white Kisses in the 1990s, a product that diversified during the early 21st century to include a chocolate white-dark swirl Kiss called the Hug.

White chocolate does not contain cocoa solids, the primary non-fat constituent of conventional chocolate liquor — chocolate in its raw, unsweetened form. During manufacturing, the dark-colored solids of the cocoa bean are separated from its fatty content, as with milk chocolate and dark chocolate, but, unlike with other forms of chocolate, no cocoa mass is added back; cocoa butter is the only cocoa ingredient in white chocolate. White chocolate contains only trace amounts of the stimulants theobromine and caffeine which are present in the cocoa mass but not the butter. Flavorings such as vanilla may be added to white chocolate confectionery. 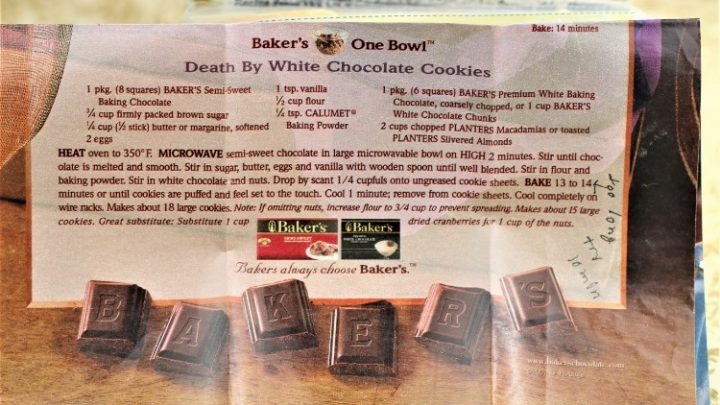 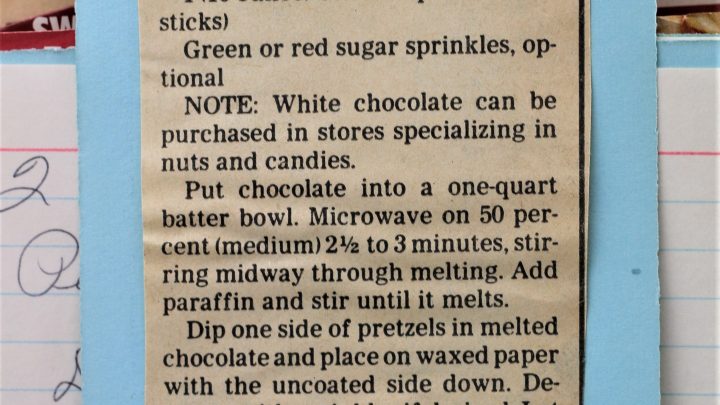