Warm crispy waffles with hot melted butter and a good syrup is the way I love to eat my waffles. My second favorite way to eat them is topped with powdered sugar or whipped cream and fresh strawberries.

If you are looking for recipe ideas for your next morning (or nighttime) meal, then check out the post for other Breakfast Recipes.

Deb S. from the Vintage Recipe Project Facebook group shares: If you read the full article waffles started in the Netherlands, my husband and family are from. In Dutch farmland the big meal is lunchtime. So dinner is the light meal with waffles and profijers served with fruit and powdered sugar. 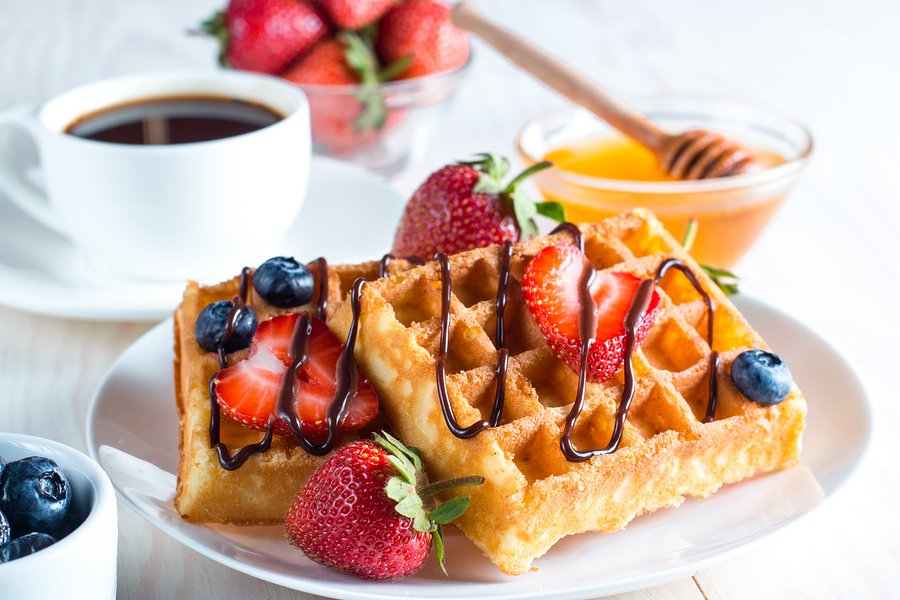 What is a Waffle?

A waffle is a dish made from leavened batter or dough that is cooked between two plates that are patterned to give a characteristic size, shape, and surface impression.

The earliest waffle irons originated in the Low Countries around the 14th century and were constructed of two hinged iron plates connected to two long, wooden handles. The plates were often made to imprint elaborate patterns on the waffle, including coat of arms, landscapes, or religious symbols. The waffles would be baked over the hearth fire.

Waffles are eaten throughout the world, particularly in Belgium, which has over a dozen regional varieties and there are many variations based on the type of waffle iron and recipe used.

Waffles may be made fresh or simply heated after having been commercially cooked and frozen.

“The word [waffle] is from the Dutch wafel, and first appeared in English print in 1735. The item was known to the Pilgrims, who had spent time in Holland before sailing to America in 1620, and waffle parties became popular in the latter part of the eighteenth century. Thomas Jefferson returned from France with a waffle iron, a long-handled patterned griddle that encloses the batter and gives it its characteristic crispness and shape. A century later vendors on city streets sold waffles hot and slathered with molasses or maple syrup. Waffles continued to be extremely popular breakfast items in the twentieth century, electric waffle iron made the timing of the cooking easier. Then, in 1953 Frank Dorsa introduced frozen waffles into supermarkets, calling them Eggo Waffles. At the 1964 World’s Fair Belgian Waffles made with yeast and thicker than the usual waffle, were an immediate sensation, and they are sold today at stands, county fairs, carnivals, and other fast-food outlets.”

13th Century AC – Waffles are descendants of the Ancient “obleios,” which were baked between two hot irons. This early form of “waffles” were normally made with cheese and herbs.

Late 1800’s – Thomas Jefferson returns to the U.S. from France with a long-handled, patterned waffle iron.

1953 – Frank Dorsa’s Eggo Frozen Waffles are sold in Supermarkets for the first time. 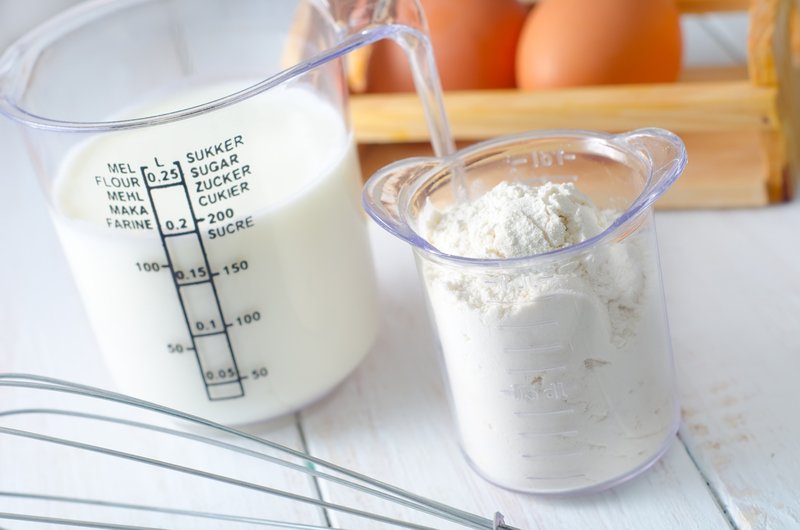 The ingredients for pancakes are waffles are similar with the difference that a waffle mix has more sugar and fat.

Common ingredients used to make waffles are flour, eggs, butter, sugar, and baking powder. Some recipes will call for vegetable oil in addition to or instead of melted butter.

Use ingredients at room temperature to avoid coagulation when adding hot melted butter to cold milk. 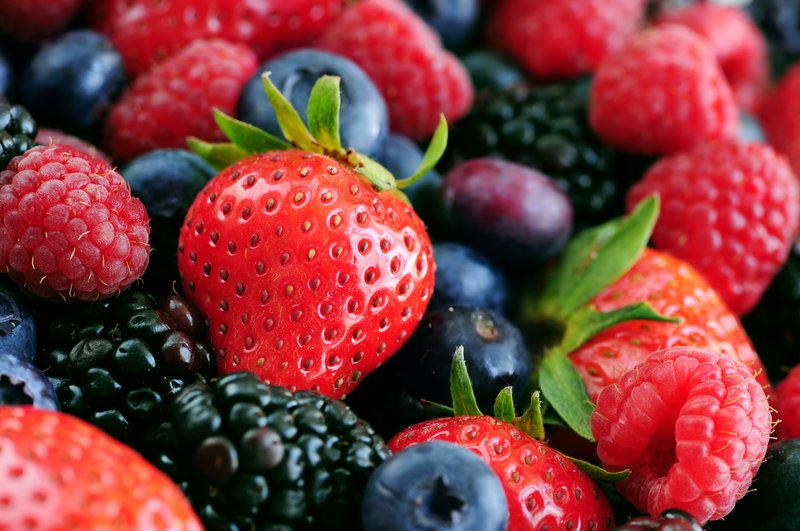 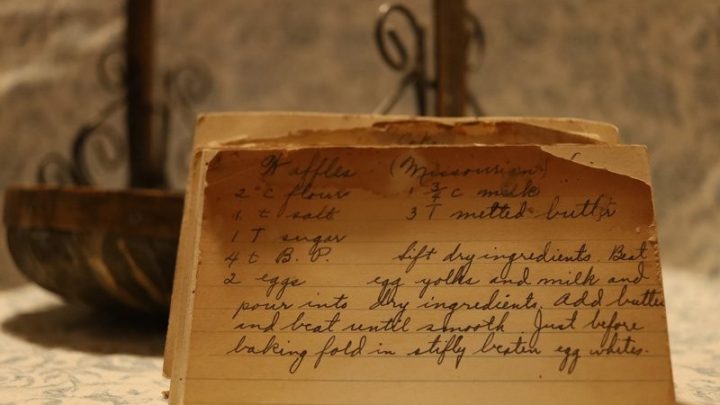 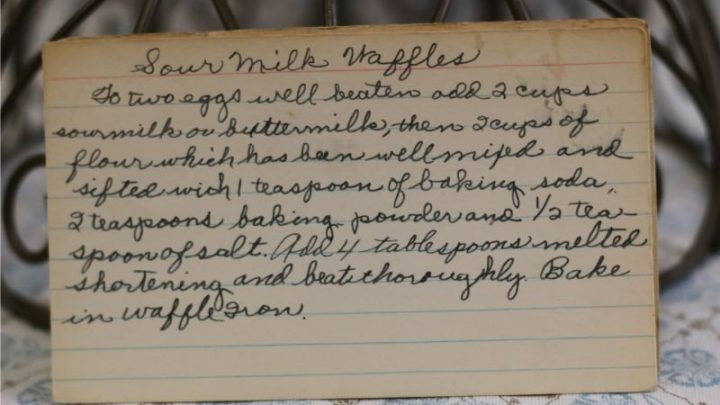 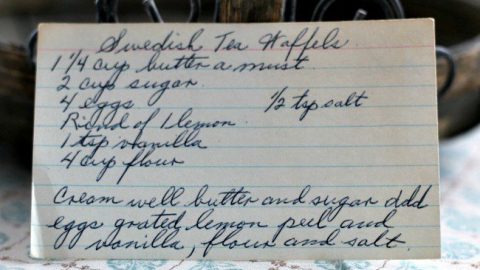 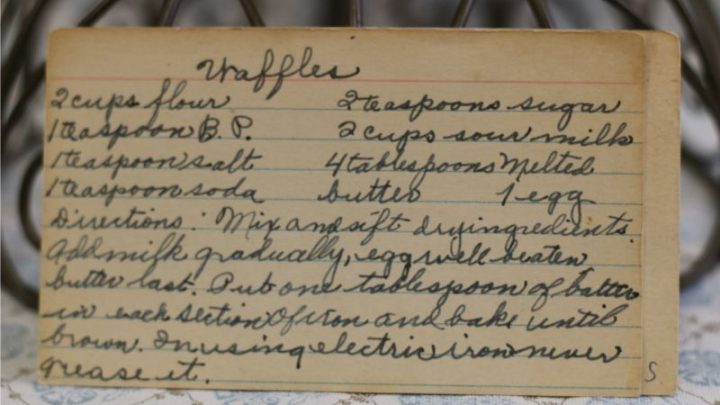 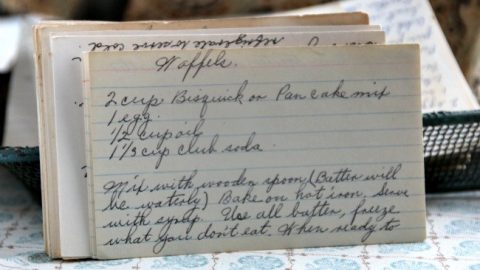