I purchased this box from a lot sale on eBay

which contained 8 vintage recipe boxes made of wood and tin.

The seller of the recipe box lot shared the following information with me:

These recipes came from Shelby Ohio Richland County (Shelby, Richland County, Ohio) estate of a veterinarian we cannot remember his name we are going to ask the auctioneer that done the sale and see if he has the family’s name and when we find out we will surely let you know.

I found this small piece of yellow paper inside the box and was so excited to find the name of the person to who this box once belonged to. No last name but at least it was something.

A VERY small wedding announcement clipping from a newspaper. I am in HEAVEN with this clue. From this one clue, I found out a lot of information about Goldie and her friends.

Using “clues” inside the recipe box and Ancestry.com I have found out the following about the contents of this box:

She was the daughter of Lyman L. LEWIS and Anna Jane SNYDER.

I found the obituary for her daughter, Jean, which stated that she was born on the family farm in Johnsville, Ohio. I wonder which side of the family the farm originally owned it or if Charles and Goldie started the farm for themselves.

On Ancestry.com, I found an image of Goldie’s grandmother, Barbara Ellen SCHULTZ Snyder, stirring a large pot of apple butter outside and the caption stated she was a Mennonite and the location is Johnsonville, Morrow County, Ohio.

I found several newspaper clippings with dates spanning from 1917 to 1959. So this box includes at least 40+ years of recipes from Goldie, her family, and her friends.

How did this box end up in the hands of a veterinarian in another county? Turns out… it was her son’s estate that was sold with eight of the family’s recipe boxes. I found out that her son, Harry, was a veterinarian by his obituary found online:

Doc was a graduate of Johnsville High School and then the Ohio State University School of Veterinary Medicine.

A snippet from Harry’s obituary I wanted to share about being raised on a farm:

Growing up on a Morrow County farm with godly parents instilled a foundation of faith to pass on as a legacy to his family.

Persons mentioned within this recipe box are:

Ada THUMA Dawson was born in 1886. She and Lockie Elizabeth THUMA Coe were cousins who were the granddaughters Simon THUMA and Nevada MILLIER. At this time it looks like there is not related to Goldie and assuming she is a friend of the family. The recipes in this collection from Ada are Grape Jelly and Mustard Pickles.

Amy J. LEE McWilliams was born in 1900 and died in 1966. At this time it looks like there is not related to Goldie and assuming she is a friend of the family. There is one recipe from Amy, Bread and Butter Pickles.

Aunt Lydia was probably Lydia Alice LEWIS Rinehart, who was the sister of Goldie’s father. She was born in 1864 and died in 1954. There is one recipe by Aunt Lydia, Bread and Butter Pickles (she is notated as Aunt Lydia).

Aunt Minnie aka Minnie Snyder. So far I cannot find anybody named Minnie Snyder that is an aunt Goldie. I see her mother in law, Charles’ mom’s name was Minnie Belle RUHL. Minnie Belle RUHL was married to Jerome N. SOWERS. I also found a 2nd cousin Minnie SNYDER. At this time I am not sure who Aunt Minnie is and need to further dig in files in hopes of an answer. There is one recipe by Aunt Minnie, Oatmeal Cookies.

Edna M. JOHNS Furbay was born in 1894 and died in 1979. At this time it looks like there is not related to Goldie and assuming she is a friend of the family. There are two recipes in this collection by Edna, Doughnuts and Pineapple Salad.

Grace Marie LOVELAND Hershner. Grace was born in 1894 in Richland County, Ohio, and died in 1977 in Morrow County, Ohio At this time it looks like there is not related to Goldie and assuming she is a friend of the family. There is one recipe by Grace, Peach Custard Pie.

Lockie Elizabeth THUMA Coe was born in 1875 and died in 1958. She and Ada Celestia THUMA Dawson were cousins who were the granddaughters Simon THUMA and Nevada MILLIER. At this time it looks like there is not related to Goldie and assuming she is a friend of the family. There is one recipe by Lockie, Grape Butter.

Marie unknown last name. Nothing more is known about Marie and there is only one recipe notated for her, Marie’s Fudge.

Mrs. Millikin. There are two Ruth Millikin’s in Morrow County, OH, and based on research I am assuming it is one of these ladies I find information that leads me in another direction. One Ruth was born in 1891 and died in 1987. The other was born in 1913 and death unknown. At this time it looks like there is not related to Goldie and assuming she is a friend of the family. Mrs. Milikin has two recipes in the collection, Catsup, and Orange Cookies.

Mrs. Noser. Not enough information is known to determine who Mrs. Noser is at this time. There is one recipe credited to Mrs. Noser, Chocolate Cake.

Ruth Denison. Not enough information is known to determine who Ruth Denison is at this time.  Ruth has two recipes in the collection, Chocolate Cake and Chocolate Pie.

When I looked up Johnsville, Ohio using Google maps I see that is also called Shauck. When looking at a view of the map I see Snyder Road – I wonder if this is named for her mother’s family (Anna Jane SNYDER) brother-in-law’s family (David Jay SNYDER)?!

Johnsville, Ohio was not found in Ancestry’s database of cities so a quick internet search and I found this on Wikipedia:

Johnsville, also known as Shauck, is an unincorporated community in northern Perry Township, Morrow County, Ohio, United States. Although it is unincorporated, it has a post office, with the ZIP code of 43349. It is located at the intersection of U.S. Route 42 with State Route 314.

Below are links to view the other vintage recipe boxes purchased within this recipe box lot. 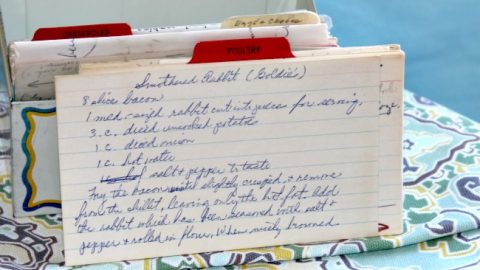 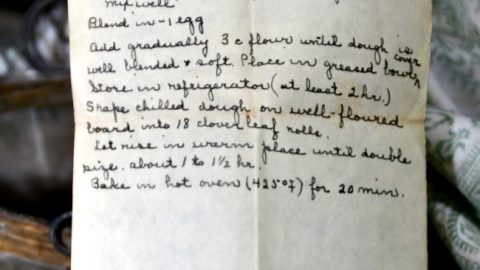 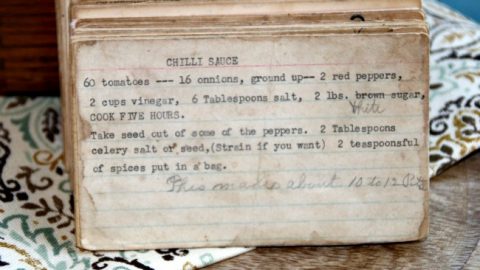 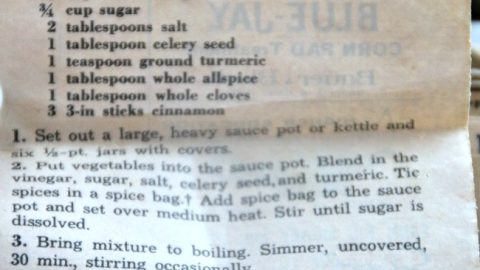 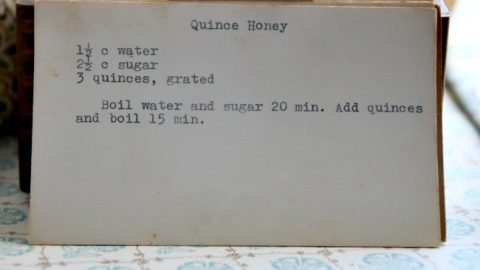 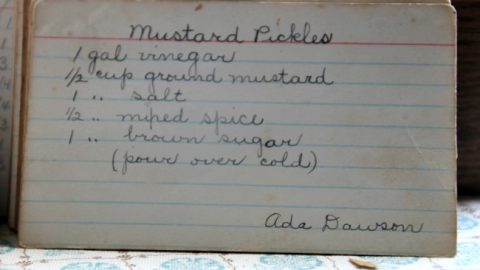 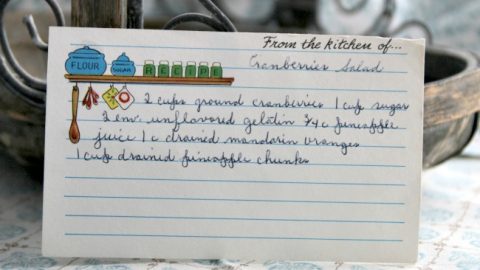 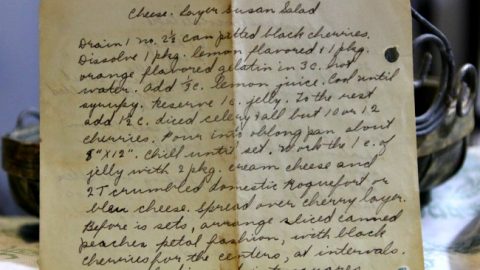 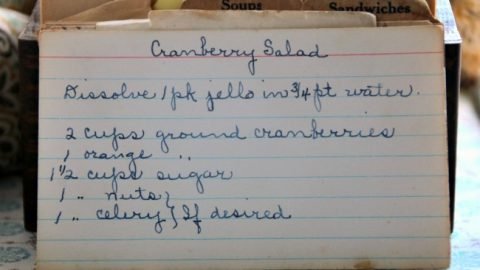 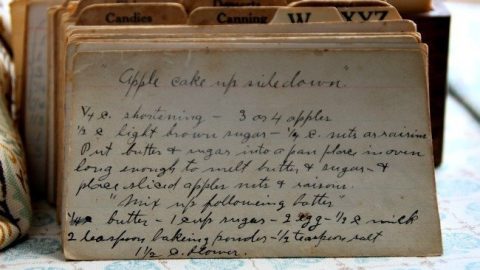 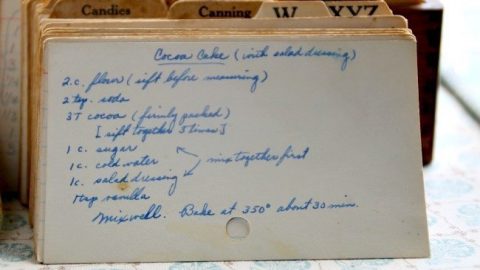 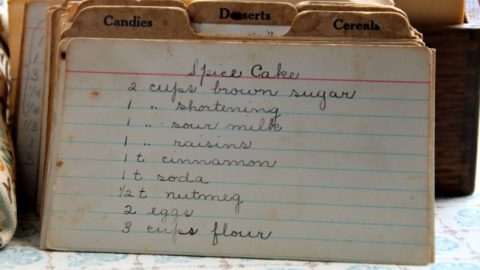 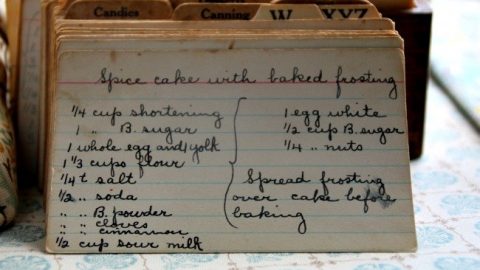 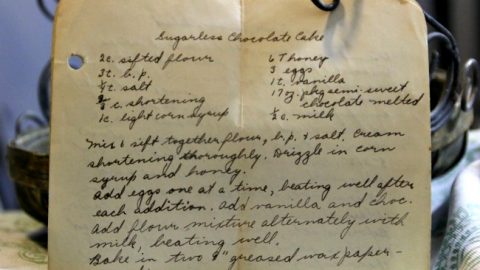 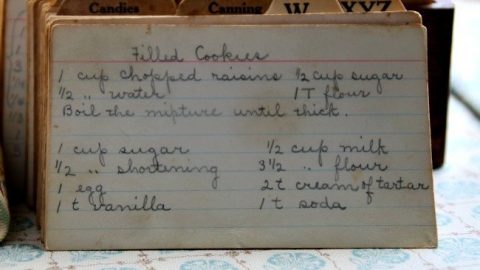 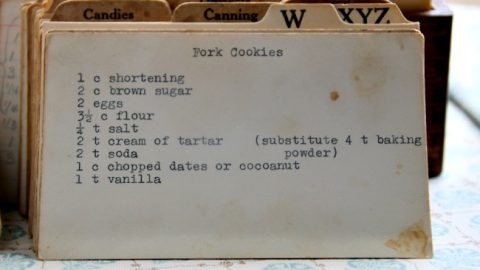 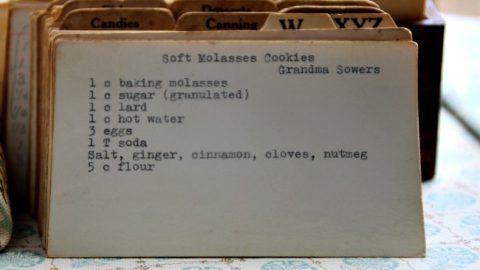 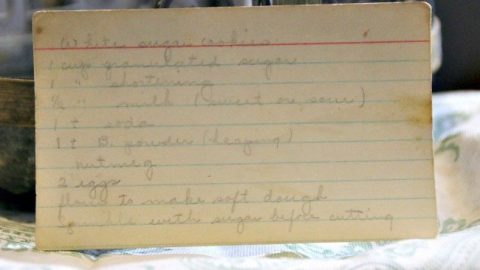 Crisco's Own Sure Pastry Method and Double Fruit Pie (VRP 001) 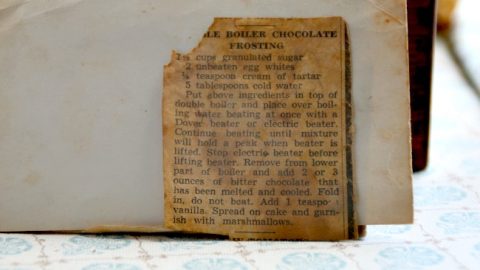 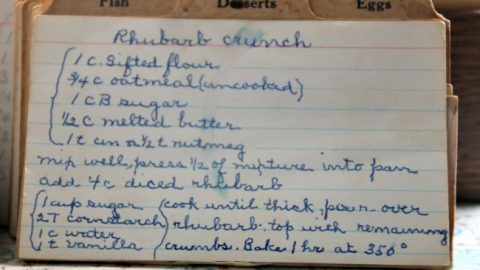 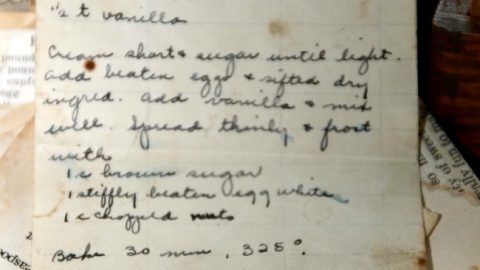 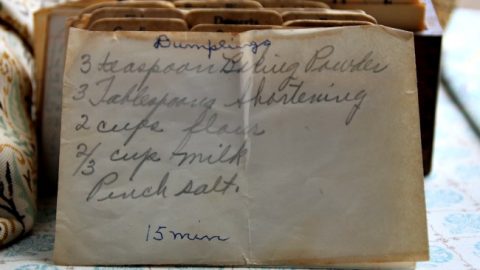 I am from Johnsville Ohio. Shauck post office. Minnie Snyder’s husband was Homer and lived on county rd 29. Minnie and Homer went to the same church as Charlie and Goldie. Grace Hershner was married to Earl Hershner they had 4 or 5 children. William, who is still living next to the home place Marvin, Robert Dean passed away 2 weeks ago and I forgot the other sister's name any way they all went to the same church. The Depues all passed away within 1 year of each other. Merridelle, Margarette Shaffer, and, Marjorie Simmons who ran the Dairy Queen in the town. The Simmons daughter lives in the DePue home.

Thank you so much for sharing this information with us!!!

I enjoyed reading the info on how these recipes came along and always love recipes . I go to my local Library and look at the Books they have on sale and do find some old Cookbooks which I do Buy . I believe their is a Johnsonville Ohio but not sure .

What an amazing find and story of their history. Thank you so much for sharing. I love old recipes. They generally require more time and effort but find the food much tastier then many recipes of today. How lucky to have the history of the owner of your lucky find of treasures. I have two recipe boxes just like the ones shown in the photos third from left on the top and second from left on the bottom. I am soon to be 79 years of age this year and have had my little recipe boxes for years and years. My recipes and boxes are much more worn the ones in your photos. Many many thanks again. Loved the article.