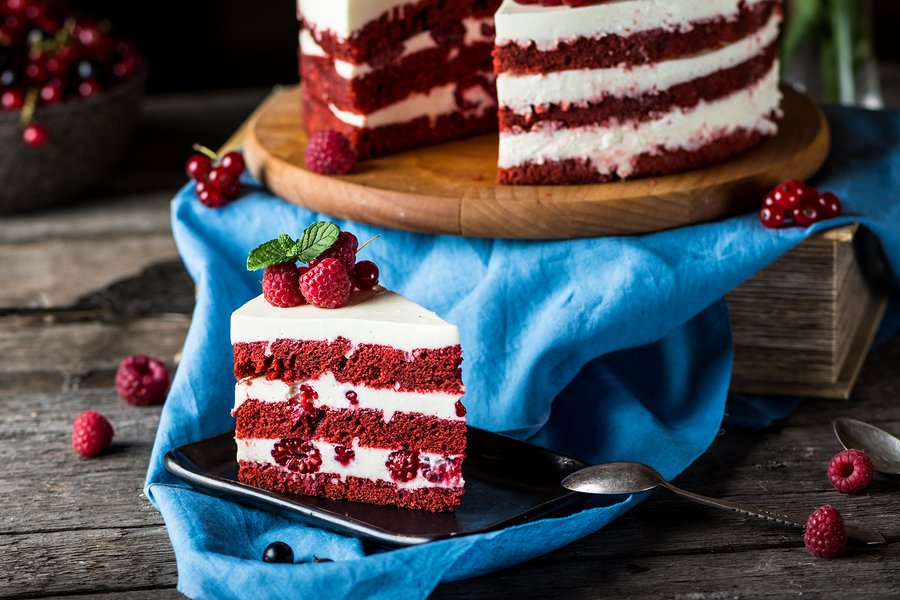 The common modern red velvet cake is made with red dye; the red color was originally due to non-Dutch, anthocyanin-rich cocoa.

Common ingredients include buttermilk, butter, cocoa, vinegar, and flour. Beetroot or red food coloring may be used for the color.

The reaction of acidic vinegar and buttermilk tends to better reveal the red anthocyanin in cocoa and keeps the cake moist, light, and fluffy. This natural tinting may have been the source for the name “red velvet”, as well as “Devil’s food” and similar names for chocolate cakes.

Contemporarily, chocolate has often undergone Dutch processing, which prevents the color change of the anthocyanins. A reconstruction of the original red velvet cake involves reducing or eliminating the vinegar and colorants and using non-Dutch cocoa to provide the needed acidity and color.

Below are the all of the Red Velvet Cake Recipes published to date. 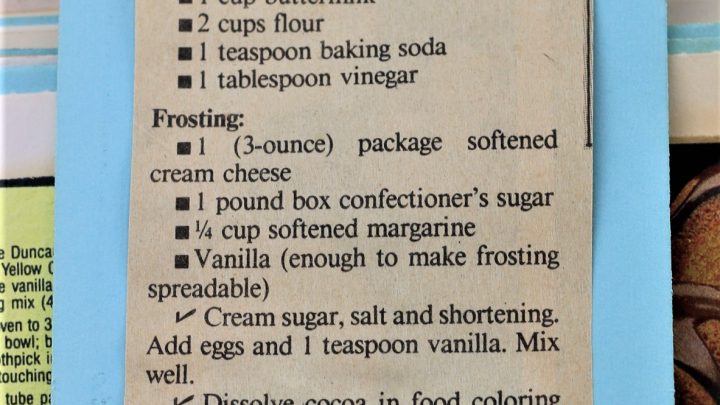 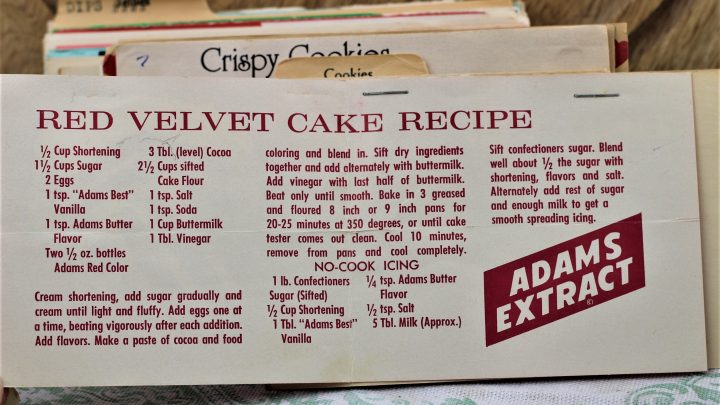