Divinity is a nougat-like confection made with egg white, corn syrup, and sugar. Optional ingredients such as flavors, chopped dried fruit, and chopped nuts are frequently added.

Replacing the sugar with brown sugar results in a related confection called “seafoam”.

Believed to have originated in the U.S. during the early 1900s, the candy’s current form can be traced to a recipe from 1915. Another earlier version, which included the use of milk, can be traced to around 1907.

One proposed theory for its origins is that in the early 20th century, corn syrup (a major ingredient) was starting to be used as a popular sugar substitute. New recipes for its use were being frequently created by the major manufacturers, one of which may have been divinity.

The origins of the name are not clear. The most popular theory is simply that when first tasted, someone declared it to be, “Divine!” and the name stuck.

Divinity has at times been referred to as a “Southern candy”, most likely because of the frequent use of pecans in the recipe. It eventually made its way north, and today its recipe can be found in many cookbooks.

Humidity during preparation can affect the quality of divinity. For a batch to be successful, the humidity must be low enough for the candy to dry properly. 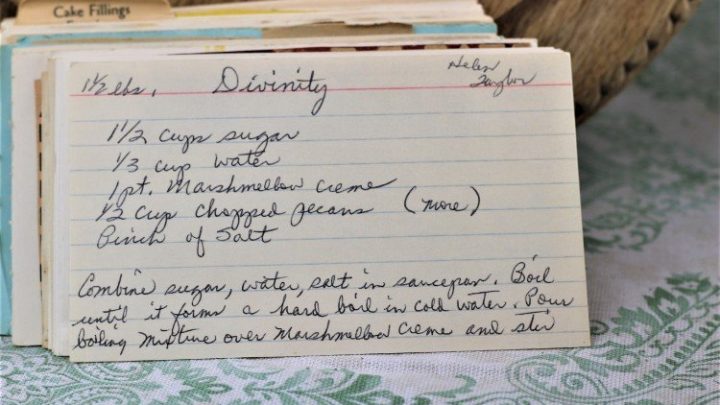 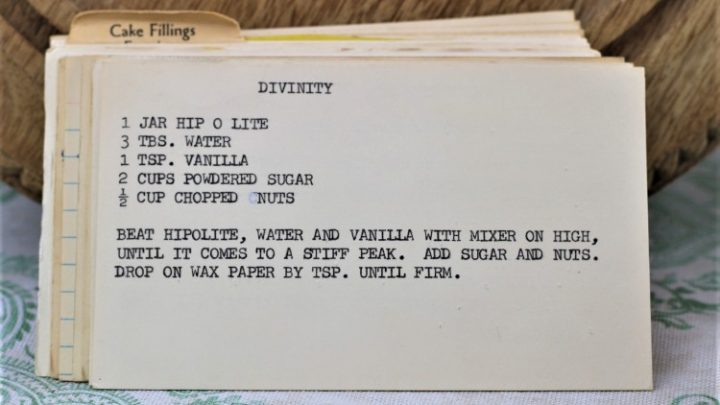 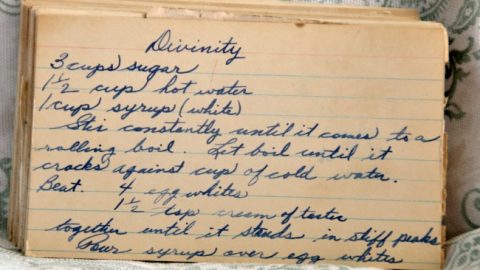 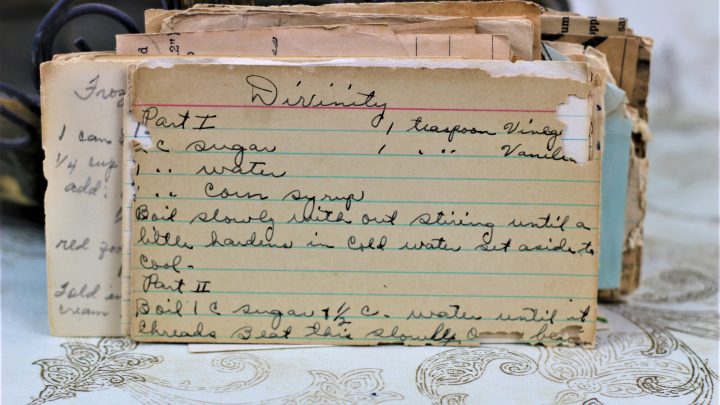 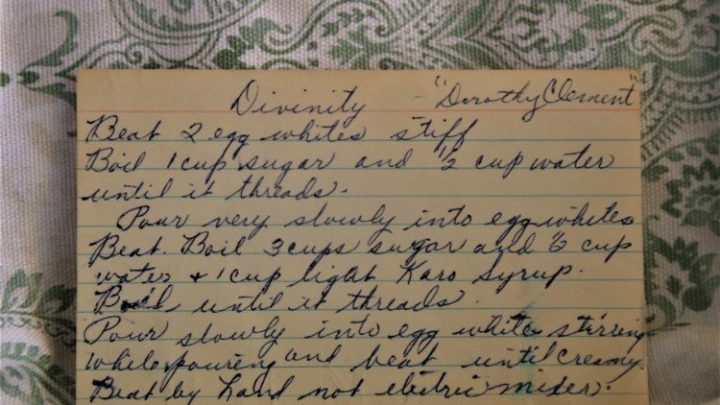 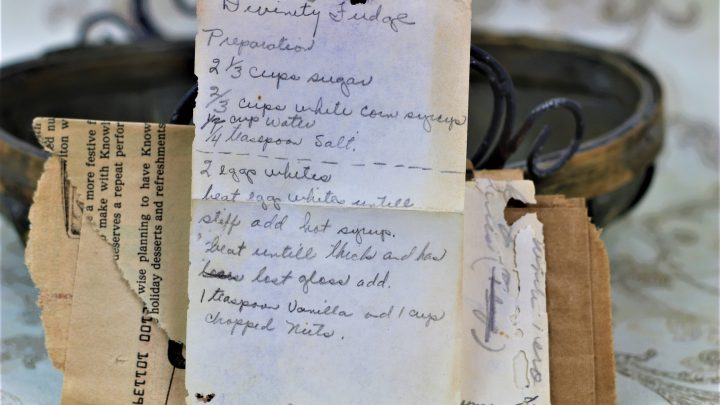 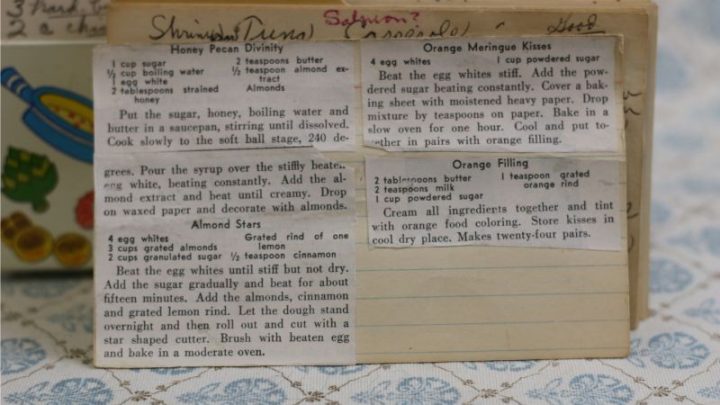 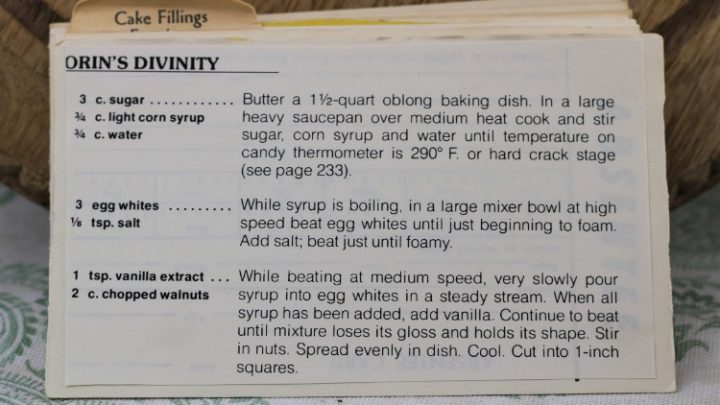