Campbell Soup Company, doing business as Campbell’s, is an American processed food and snack company. The company is most closely associated with its flagship canned soup products; however, through mergers and acquisitions, it has grown to become one of the largest processed food companies in the U.S. With a wide variety of products under its flagship Campbell’s brand as well as other brands like Pepperidge Farm, Snyder’s of Hanover, V8, and Swanson. Under its brands, Campbell’s produces soups and other canned meals, baked goods, beverages, and snacks.

The company was started in 1869 by Joseph A. Campbell, a fruit merchant from Bridgeton, New Jersey, and Abraham Anderson, an icebox manufacturer from South Jersey. They produced canned tomatoes, vegetables, jellies, soups, condiments, and minced meats.

In 1898, Herberton Williams, a Campbell’s executive, convinced the company to adopt a carnelian red and bright white color scheme, because he was taken by the crisp carnelian red color of the Cornell University football team’s uniforms. To this day, the layout of the can, with its red and white design and the metallic bronze medal seal from the 1900 Paris Exhibition, has changed very little, with the exception of the French phrase on the top of the bronze seal that said “Exposition-Universelle-Internationale” which was changed to the English name of the exhibition as “Paris International Exposition.”

Below are the recipes we have published to date that use Campbell’s Soup (canned or dry mix) as an ingredient. 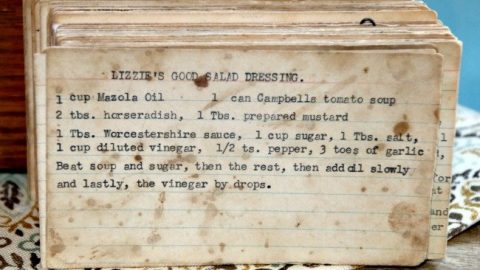 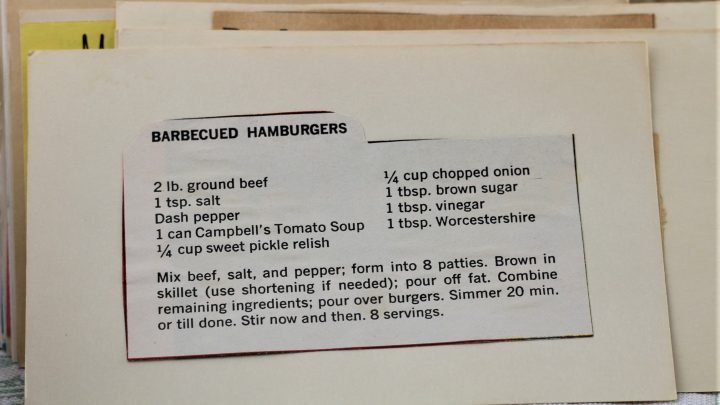 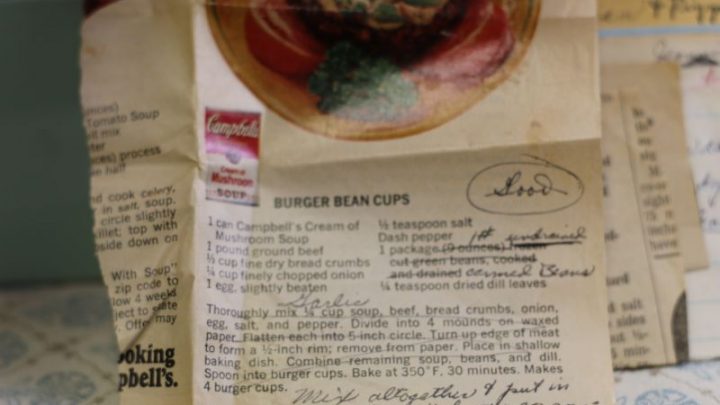 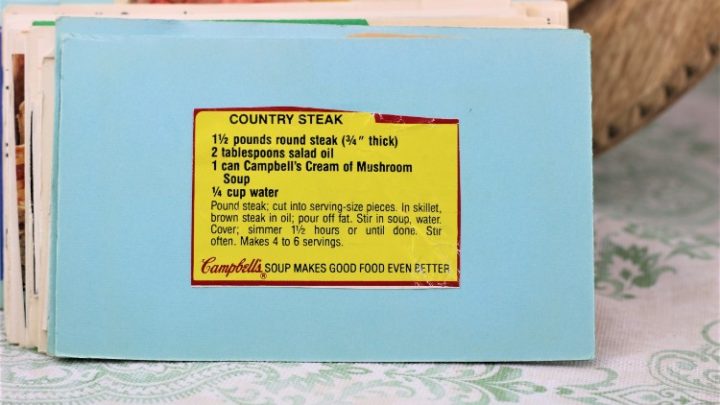 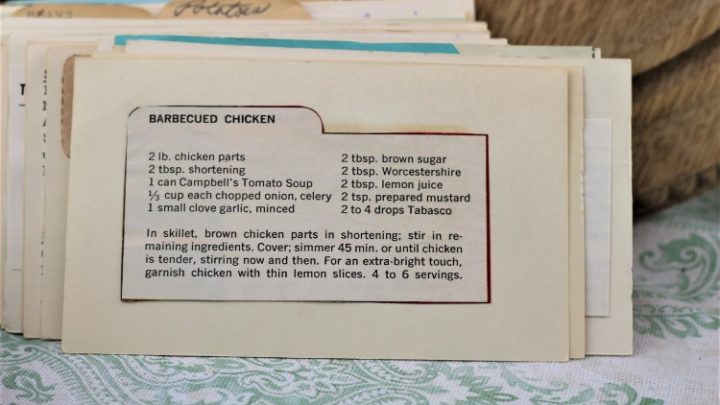 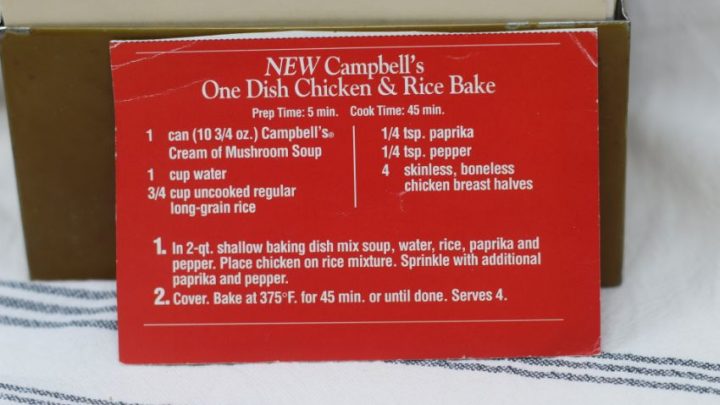 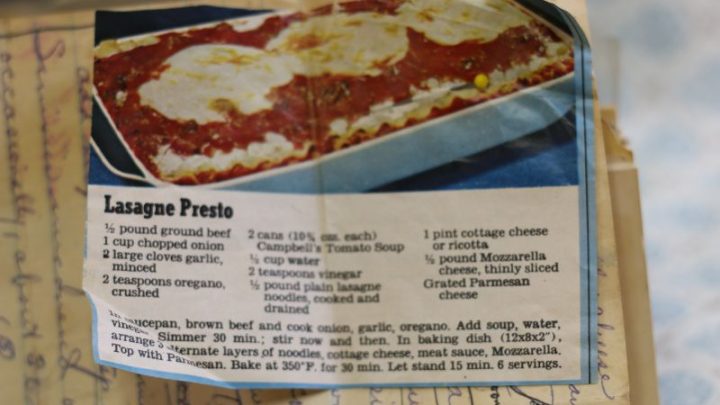 I am looking for a Campbell’s soup recipe from around 1978. It was an electric skillet recipe for pepper steak and rice using their beef consume.

Looking for a recipe from campbells soup can from 50 or so years ago. You take hamburger and make a meatloaf type mix. Make good sized ball and slightly flatten and make a bowl out of it. Put in mixture of cream of mushroom soup with dill weed and French style green bean and put in bowl and bake. My friend's kids used to call them bean balls. Would like to have the recipe again.

In search of Campbell's recipe from 20 years ago. Involved chicken breasts, cream of mushroom soup. No rice but had brocolli,carrots and califlower.

Back in the 80s I made this chicken dish using cream of chicken, green bell peppers (I don’t think the other colors were in vogue), sour cream, either red and/or red pepper flakes. It may or may not had onion slices, but not 100% sure. It had a basic name on the recipe on the can label. These days I can’t seem to find it. Does anyone remember or have this recipe? Please, please, please let me know please.

Does anyone have a gumbo recipe from the past that featured four campbell's soups? They were campbell's chicken broth, chicken gumbo, tomato and new england clam chowder? This was the best recipe I had ever made because it was so simple using the above cans of campbell's soup. I saw the recipe in one of my mother's old cook books in early in the late 1960's but I can not find the cookbook or recipe anywhere. Thank you.