Front of the Brioches recipe card. 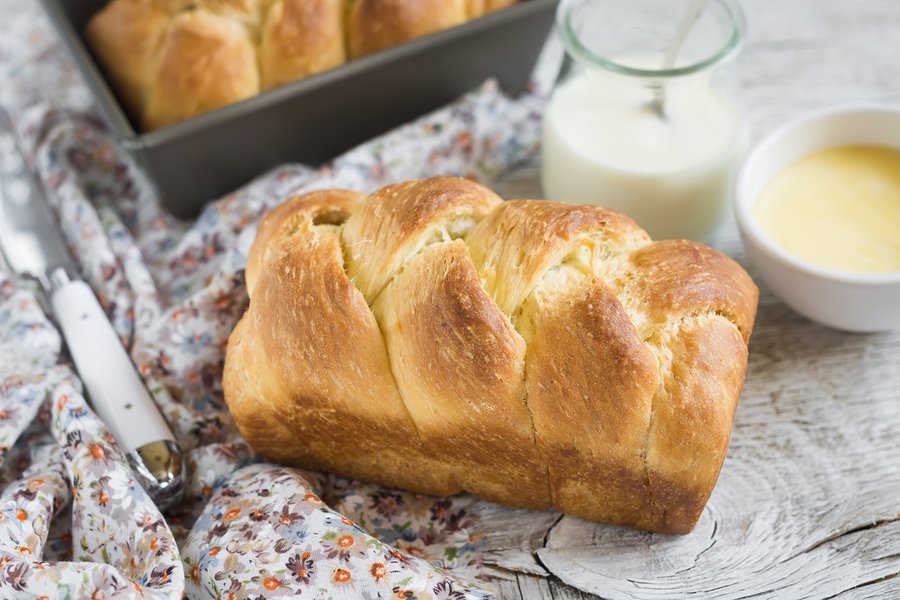 More information on Brioche from Wikipedia

The first recorded use of the word in French dates from 1404. It is attested in 1611 in Cotgrave’s A Dictionarie of the French and English Tongues, where it is described as “a rowle, or bunne, of spiced bread” and its origin given as Norman. A similar type of bread, called tsoureki, is also traditionally baked in Greece for the Easter weekend.

Brioche is a pastry of French origin that is similar to a highly enriched bread, and whose high egg and butter content give it a rich and tender crumb. It is “light and slightly puffy, more or less fine, according to the proportion of butter and eggs.” It has a dark, golden, and flaky crust, frequently accentuated by an egg wash applied after proofing.

Brioche is considered a Viennoiserie, in that it is made in the same basic way as bread, but has the richer aspect of a pastry because of the extra addition of eggs, butter, liquid (milk, water, cream, and, sometimes, brandy) and occasionally a bit of sugar.

We have lots of recipes on the site that may be of interest to you. Use the links below to view other recipes similar to this Brioche recipe.

If you make this Brioche recipe, please share your photos and comments below!