If you are looking for a new favorite cake recipe, be sure to check out all of our published Vintage Cake Recipes.

In the United States, National Applesauce Cake Day occurs annually on June 6. Click here to view all of our published June Food Holidays.

Various spices are typically used, and it tends to be a moist cake. Applesauce cake prepared with chunky-style apple sauce may be less moist. Several additional ingredients may also be used in its preparation, and it is sometimes prepared and served as a coffee cake.

Applesauce cake tends to be moist due to the liquid content present in the apple sauce. However, using a chunky-style apple sauce can result in a cake with less moisture, compared to using standard apple sauce.

Letting it sit for one or two days before serving can increase its flavor, as this allows time for the ingredients to intermingle within the cake.

It can be prepared using various types of cake pans, such as a ring-shaped bundt cake using a bundt pan, in loaf form using a loaf pan, or as a sheet cake with a sheet cake pan. Applesauce cake is sometimes prepared in the form of cupcakes.

Applesauce cake is a dessert cake prepared using apple sauce, flour and sugar as main ingredients. Store-bought or homemade applesauce may be used in its preparation.

Additional ingredients include eggs, butter, margarine or oil, raisins and plumped raisins, dates, chopped apple, chopped nuts (such as walnuts and pecans), cocoa powder, and spices such as cinnamon, cloves, nutmeg and allspice.

Some versions include dried or fresh, finely grated ginger. After baking, applesauce cake is sometimes topped with an icing, frosting or glaze, such as a caramel glaze.

It also may be served topped with a dusting of confectioner’s sugar or whipped cream.

Applesauce cake may be prepared and served as a type of coffee cake, which may include a sweet crumb topping.

Fruits such as blueberries, cranberries and raisins may also be used in applesauce coffee cake. 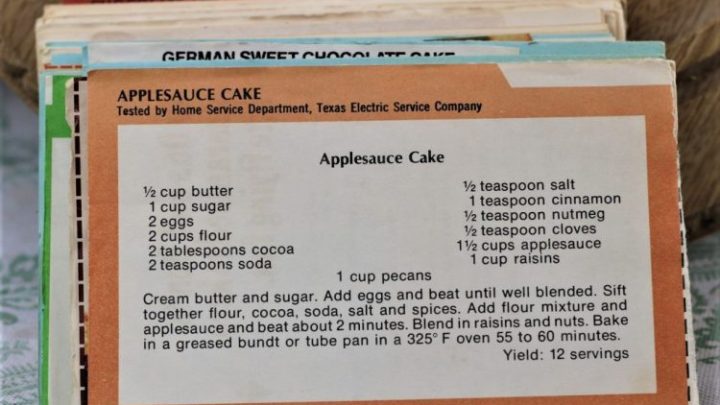 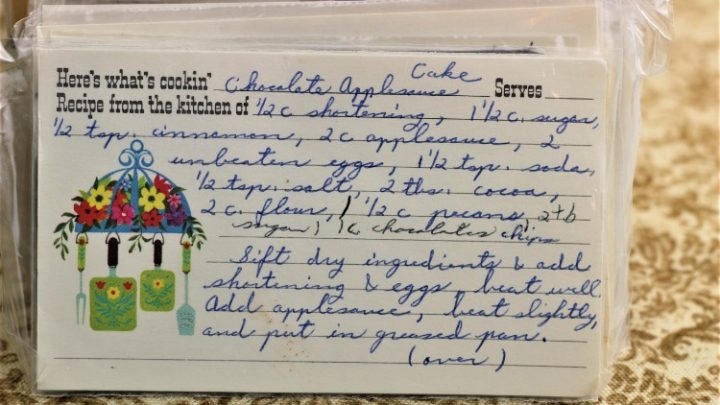 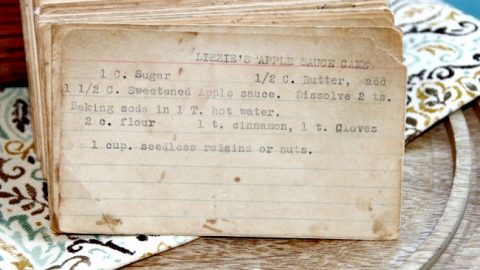 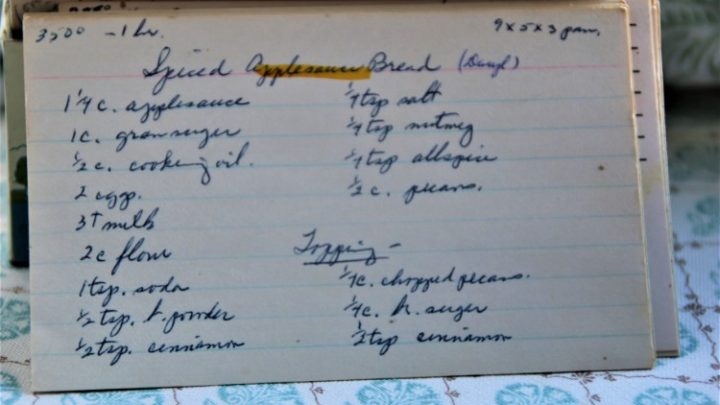